The story of the Bier-Esel

The „Bier-Esel“ is one of the top addresses in the region for all friends of Cologne hospitality. Let yourself be pampered in one of the most traditional inns in Cologne. Here you can enjoy the popular SÜNNER beers, brandies and of course the famous mussel specialties.


The first written entry about the house „Zum Esel“ in Breitestraße dates back to 1297. It was mentioned as early as 1319 as the „Brauhaus zum Esel“. That this house was a brewery at that time has been known since the year 1400 at the latest, when the building was sold to GERHARD the brewer by the neighboring St. Clara monastery at the Römerturm.

Since the early Middle Ages, the right to brew has always been tied to the house and not to a person. It can thus be assumed with certainty that the house „Zum Esel“ was already a brewery in 1297.

If you walked into the „Donkey“ in the evening shortly before the end of the 18th century, you would probably still be sitting at the small table in a corner of the hallway found on the wall. It was the place for the executioner and his servants. Here, as „dishonest“, they are only allowed to drink their beer from broken, uncapped steins – never from whole vessels.

Like all better breweries, the „Esel“ had a general room and a men’s room. Both were simply furnished: the walls were paneled with oak up to a man’s height, „whitewashed“ above. Tables and benches were made of heavy oak. Tallow candles burned on the tables. The stone beer mugs with pewter lids hung on wooden pegs in a neat row on the walls. At that time, people only drank their beer from these vessels. Glasses were still far too expensive and therefore not usable for everyday use. The guests were served by brewhands. They carried the beer out of the cellar in large, bulbous stone mugs and filled the drinking vessels with it.

After the death of the brewer BADORFF, the „Bier Esel“ was continued by the brewer Wirtfeld. He had good clientele, and around lunchtime and suppertime the tap boys seldom rested. „White“, „Lager“ or „Young“ were then continuously demanded. The takeover of the Rhineland by the Prussians brought a lot of movement to the economic and social fabric of the city.

The era was characterized by start-ups, takeovers, mergers and bankruptcies. Many breweries did not survive the new era with its tremendous changes. This also applies to the brewery „Zum Esel“, which had to close its doors in 1873.

The old, so-called „Bier Esel“ was demolished and the new building served other purposes for the time being. Almost six centuries of Cologne brewing tradition came to an end.

Of course, things continued in the “Bier-Esel” inn just differently than before. Because a new and still relevant chapter in the history of the house „zum Esel“ was written by the SÜNNER Brothers brewery in Cologne-Kalk. On February 13, 1892, she acquired the property from the innkeeper and owner at the time, Hermann KUTH. Under her management, the house quickly became the good address it was, especially at the beginning of the 19th century.

Fritz AUSTERMÜHLE took over the premises on March 1, 1912. With his specialization in fresh sea shells, he founded the excellent gastronomic reputation that is still valid today. The prerequisite for this was the friendship between the Sünner family and mussel farmers on the North Sea.

Since that time, the „Bier-Esel“ has been listed in the chronicles as the „First Cologne Shell House“.
In the late 1920s and early 1930s, Cologne was a lively, fun-loving city. The citizens of Cologne loved to go out, eat well and drink well. With fresh SÜNNER-Bräu, crystal, pilsner, Korn and mussels, you could have a good time in Fritz AUSTERMÜHLE’s „Bier-Esel“.

It was the period of calm before the great storm that then totally destroyed old Cologne in the many heavy bombing raids of World War II. The „Bier Esel“ also became a victim of this destruction. Reconstruction began in 1948. When people began to think more about life than about survival, the „Bier Esel“ came to life again. But it still took until 1962 before the old condition of the restaurant and the tavern was restored. Willy AUSTERMÜHLE took over the inn from his father and continued to run it successfully in the tradition until 1977.

From March 1977, planning began on a new conversion, which lasted for several years. On October 29, 1981, the difficult renovation work was completed and the long-awaited reopening of the „Bier-Esel“ could take place. After more than 30 years, the tenant Jürgen Dannewald retired at the end of April 2014.

„The Bier Esel has a particularly high status and should be retained in its structure in the way that the guests appreciate it“. Under these conditions, Alexander Manek reopened the Bier Esel in the summer of 2014 after a renovation phase.

We are looking forward to your visit.
Your Bier Esel team 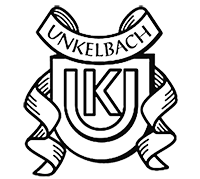